A teacher’s guide to autism 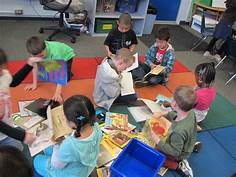 Autism is a developmental condition, present from early childhood, which affects how a person relates to others. It occurs in around 1% of the population and is commoner in boys than girls.

The prevalence seems to be rising, for reasons which we don’t completely understand. Autism is a genetic disorder, thus the chances of a child having the condition are greater if there is a family history of autism or even autistic-like traits.

No single gene has been identified as causative; rather, there are a several risk genes, each exerting a relatively small effect, which act in combination with each other and with the environment to give rise to the condition.

A child with autism will usually be showing concerning behaviours by as early as 12 to 18 months of age.

Children with autism commonly have delayed speech, though not every child with delayed speech is autistic – in fact most aren’t – but what is always impaired in autism is the way these children use speech and language to communicate with other people.

These children lack what is called joint attention; what this means is that they don’t spontaneously seek to share enjoyment with their parents and significant others. This may be evident from as early as 18 months, and one of the signs is the failure of the child to point to objects of interest in their environment.

Autism exists on a spectrum of severity, reflected in its official name, Autistic Spectrum Disorder (ASD).

At the severe end of the spectrum, affected children have minimal language and are intellectually handicapped and thus require alternative school placement, such as training centres or special education. But there are also milder forms of autism with normal or near-normal intellectual functioning, such as high-functioning autism and Asperger’s disorder.

Although now officially obsolete according to the latest edition of the Diagnostic and Statistical Manual of Mental disorders (DSM), Asperger’s disorder provided a useful framework to understand more mildly affected children on the spectrum.

It is these higher functioning children who often fly beneath the diagnostic radar, and the purpose of this article is to highlight some of the signs and behaviours which may alert an educator to the presence of an affected child in the classroom, to provide guidance on how to refer these children for professional assistance, and to suggest a few strategies which might facilitate their classroom functioning.

Identifying a possible high functioning Autistic child in the classroom

Autistic children are typically quirky or eccentric. They tend to be loners. Their social skills are poor, often reflected in an inability to use and read non-verbal aspects of social communication, such as body language, facial expression and eye contact.

Although many higher functioning ASD children are prosocial, desiring contact with other children, they struggle to form and maintain meaningful friendships, and are often ostracised or even bullied.

Although many autistic kids may have an extensive vocabulary, their social use of speech and language is impaired.

They may speak with an American or other accent not reflective of their home language, and often have abnormalities in the normal pitch and rhythm of their speech.

They may display unusual mannerisms or behaviours such as hand-flapping or toe-walking.

They tend to have a very narrow range of interests; in fact they may develop encyclopedic knowledge about their particular area of interest, which they tend to share in monologue fashion, lacking the conversational and social skills to ‘read’ how their audience is receiving or appreciating the proffered information.

Autistic children often display a lack of imagination and pretend play in their games.

For example, a little boy with autism may line up all his cars in a row rather than invent a game in which the cars race or drive ‘as if’ they were real cars.

This rigidity of thinking may be reflected in an inflexible adherence to rules and routines. These children typically feel compelled to ‘split’ on their peers who deviate from the rules, which further alienates them makes them targets of bullying.

They are upset by even minor changes in the usual daily routine, which may result in outbursts and apparent defiant behaviour. They tend to think literally and thus struggle to understand metaphor, which becomes obvious at a developmental stage when neurotypical children are beginning to think more abstractly.

There are several other traits associated which autism which are more non-specific but often contribute to the impairment experienced by these children.

As many as 80% of ASD children have Attention Deficit Hyperactivity Disorder (ADHD), a high percentage are extremely anxious, and sensory oversensitivity (for example fear of loud noises) is commonly present.

Academically, ASD children vary greatly in their functioning. Apart from ADHD, many have associated learning deficits. The so-called Non-verbal Learning Disorder (NVLD) although not a valid DSM diagnosis, describes the difficulties these children often experience with motor planning, coordination, handwriting and visual-perceptual awareness.

It is also important to stress that many autism is also associated with several cognitive strengths, such as attention to detail and memory for detail.

Do you suspect autism in a learner?

If you suspect autism in a learner, and the symptoms seem to be impacting significantly on the child’s social or academic functioning, the parents or guardians should be notified.

Research on this condition has revealed that early intervention is of paramount importance in the prognosis of ASD. It is very important that what is shared are your observations (including how the observed symptoms impact on the child’s daily functioning) rather than the diagnosis, which should be left to the relevant professional.

A referral could then be made to any one of a child psychiatrist, neurodevelopmental paediatrician or child neurologist. This might involve a direct referral to a private practitioner or alternatively to a relevant clinic at a tertiary centre. Certain organisations (Autism South Africa www.aut2know.co.za , Ernie Els Foundation) also offer diagnostic clinics staffed by multidisciplinary teams.

There is no cure for autism, but there are many strategies to reduce the severity of the condition, and enable those affected to live the most fulfilling lives possible.

The treatment of autism is multidisciplinary.

Speech therapy is usually indicated to address speech delay, language deficits and so-called semantic-pragmatic deficits, which have to do with the non-verbal aspects of communication alluded to earlier.

Occupational therapy is often required to assist with sensory oversensitivity, fine-motor or visual-perceptual deficits. Children with autism may present with many challenging behaviours, and there are various forms of behaviour modification, usually implemented by a psychologist or appropriately trained therapist, which are used to reduce these behaviours, both in the classroom and at home.

Many children with autism require medication to assist with associated symptoms of the condition, such as aggression, anxiety, or concentration difficulties. Again, medication is not a cure for autism, but may well relieve troublesome symptoms.

Depending on the severity of the condition and the intellectual level of the child, alternative school placement may be required. This may necessitate a psychoeducational assessment conducted by an educational or clinical psychologist, who again could be consulted directly or as part of a multidisciplinary team at an afore-mentioned clinic.

Based on such an assessment, a remedial or other non-mainstream schooling option might be suggested. There are also several specialised autistic schools which might be appropriate.

Many higher functioning children can cope in mainstream classrooms, and in such cases, the educator’s understanding of the condition and implementation of certain strategies can make all the difference to the child’s progress.

Autistic children find comfort and containment in knowing what’s happening next. Therefore a clearly visible daily and weekly schedule in a prominent place in the classroom is a relatively simple way to alleviate anxiety for these children and enhance their functioning. If there are unforeseen changes to the schedule, there should be an intentional effort made to provide as much explanation as possible for the autistic child.

It may not always be possible to facilitate interactions in less structured settings like the playground, but where group activities are required in the classroom, the teacher may need to be more involved in the choosing of groups and and facilitation of group interactions, to compensate for the weaker social skills of the ASD child.

Most educators have some form of token economy in operation in their classrooms, such as a star-chart or similar, by which on-task behaviours are rewarded on a daily basis. This is particularly helpful for autistic children, who are often inattentive, impulsive and avoidant of certain activities.

Lastly, it may sometimes be appropriate for an educator to inform the class about their peer’s condition, to facilitate understanding of why they behave in a certain way, and to promote a more empathic and constructive response to the autistic child’s behaviour.

This could only happen if the child and her parents give their consent, and the way in which the explanation is given would need to be discussed and agreed upon, ideally with input from the child’s therapeutic team.

There is perhaps much to be said for the idea that higher functioning autistic children are different rather than disordered, and as such deserve to be accommodated within the framework of mainstream education, rather than ‘fixed’ or ‘normalised.’ After all, it wasn’t too long ago that left-handed children were regarded as disordered… and look where that got us.