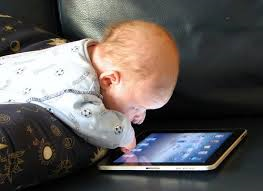 Attention Deficit Hyperactivity Disorder (ADHD) is a neurobiological condition causing developmentally inappropriate impairments in concentration, impulsivity and activity levels. It affects around 6% of school-going children and persists into adulthood in the majority of cases.

It is well recognised that rates of ADHD diagnosis have been increasing in recent years. For example, 2013 data from the Centre for Disease Control in the United States revealed that 11% of children between the ages of 4 and 17 had received the diagnosis of ADHD compared to 5% in the early 1990’s.

In parallel with this increase in diagnosis, there has been a commensurate increase in prescribing rates for ADHD medications; in the United Kingdom the number of scripts for such medications increased by 800% between 1995 and 2015.

Theories abound as to what might underly this trend, including better recognition of the condition and misdiagnosis of other conditions which might present with inattentiveness. But contemporary societal factors have also been implicated, notably the tendency for young children to spend greater amounts of time on electronic devices such as television, tablets and smart phones.

Adding weight to this theory is the well-documented association between ADHD and addictive behaviours, including electronic/online gaming.

Several studies have demonstrated an association between early excessive exposure to electronic screens and later attention problems in middle childhood. For example, Christakis et al found that the number of hours of television exposure between the ages of one and three was correlated with later concentration problems at age seven. The authors hypothesise that fast-paced screen content (cartoons, gaming) conditions the brain to expect high levels of stimulation and thus impairs concentration for regular classroom activity. It is also possible that this association is mediated through other variables. Disrupted early attachment has been linked with ADHD in several studies, and the increasing use of tablets and the like in infancy as pacifiers combined with parental preoccupation with their own electronic devices is felt by many to have a negative impact on the development of healthy attachment.

There are well-documented associations between ADHD and obesity and between excessive screen use and obesity. Children who have a television in their room are more likely that their peers to be obese. This creates an interesting triad of variables which may all influence one another in a bidirectional manner.

Thus excessive electronic screen exposure, especially early in life, may be regarded as both a predisposing factor (acting as a pathway moderator in sub-threshold cases) and perpetuating factor (in established cases) in ADHD. Although bodies such as the American Academy of Paediatrics have published guidelines on appropriate screen exposure in childhood, there are limited data on managing screen time in ADHD specifically.

This is especially important for parents who may have ADHD themselves and are thus prone to becoming addicted to their own online activities. We cannot expect a standard of behaviour in our children beyond which we ourselves have attained. Healthy family habits begin with the parents, better still if these are established early on, so that children are born into a healthy family culture.

Fast-paced screen content, for reasons discussed earlier, is an inappropriate way to begin a school day. Again, parents need to lead by example and ensure that the home is free of electronic distractions at this time of the day.

Social skills deficits are part of the broader phenotype of many ADHD children. Sharing a meal together once daily is one way to nurture family relationships and communication skills, including non-verbal skills such as body language, facial expression and eye contact.

Apart from the risk of inappropriate content such as pornography and cyber-bullying, having devices in bedrooms is associated with poorer sleep, itself often impaired in children with ADHD. This is because the light emanating from tablets and smartphones comprises so-called blue light, which interferes with natural melatonin physiology.

Positive reinforcement to incentivise on-task behaviour is a recommended behavioural strategy in ADHD. Screen-time affords a very convenient daily or weekly incentive for achieving other, more mundane tasks such as homework and daily chores.

Electronic devices are part of our lives and will increasingly form part of our children’s futures. It therefore behoves us as professionals and parents to provide guidance for our children, especially those with ADHD who are more vulnerable to their deleterious effects, and to model a healthy balance between embracing the benefits of the digital age and avoiding the risks thereof.