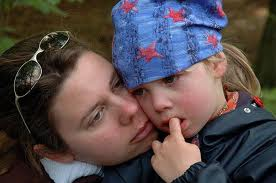 Most children will, at some stage, express reluctance to attend school. In the vast majority, this represents nothing more than a minor complication in their school lives, and can be easily overcome. Occasionally however, a child’s refusal to go to school becomes more serious, a clinical problem referred to as school refusal or school phobia. There is a greater need for parents and doctors alike to be aware of this phenomenon and the factors underlying it, in order to address the problem timeously, with minimal disruption to the development of the child. This article will focus on the identification, assessment and treatment of the school refusing child.

School refusing children characteristically complain of being ill; the commonest symptoms are headaches and tummy aches. As such, they are often seen by GP’s and paediatricians, and subjected to innumerable, often invasive and expensive investigations, more so because their symptoms are vague and don’t “add up” to a clear diagnosis. These investigations are often duplicated by different doctors who may be consulted for second and third opinions by increasingly desperate parents. What parents and professionals alike often fail to recognise, is that the fundamental problem is one of anxiety, rather than a physical condition. In contrast to bunking, or truancy, which involves deception and is seen as a behavioural disturbance, in school refusal the child is agitated and upset and tearfully resists their parents’ attempts to get them to school. Even children with chronic physical conditions such as asthma, take surprisingly little time off school, and so one should always be suspect school refusal when there is frequent absenteeism.

It is important to note that school refusal is not a diagnosis in itself, but can complicate several specific conditions, which are themselves important to recognise, in order to institute appropriate treatment. Possibly the commonest associated condition is separation anxiety disorder, a condition in which a child experiences developmentally inappropriate and excessive anxiety concerning separation from home or those to whom he is attached. Other anxiety disorders leading to school refusal include social anxiety disorder and panic disorder. Mood disorders such as depression and bipolar disorder may also result in school refusal, and, importantly, one also has to consider the possibility of a learning disorder.

Whatever the underlying diagnosis, several factors at home or at school may contribute to a child’s unwillingness to attend school. It is important not to think of the child in isolation, but to consider the context of the child, especially at home. It is my experience that school refusal has more to do with what’s happening at home than at school. Children worry about their parents, and their refusal to attend school is sometimes a reflection of a mother’s alcoholism, for example, which may be kept secret from treating professionals for long periods. At other times, it is the mother’s inability to separate from the child, rather than vice versa, which is the primary problem. Bullying at school or an abusive teacher may also need to be considered as underlying causative factors.

The overriding principle in the management of school refusal is to bring about normal school attendance as soon as possible. It is not appropriate to simply move schools, nor to give in to the child’s request to be home -schooled; this merely delays addressing the real underlying issues. An exception to this rule is the child with an undiagnosed learning disorder, such as dyslexia, or even mental handicap. Such children are often demoralised in a mainstream environment, and unable to learn because of their high levels of anxiety. The appropriate school placement is likely to solve their school refusal without any further intervention.

Treatment should be tailored to the specific underlying diagnosis, but as a general rule, a behavioural approach is usually appropriate. This has to involve the parents, whose handling of the situation is of vital importance. I see far too many school refusing children who have been in endless individual play therapy, with very little parental involvement, and very little success. Faced with a school-refusing child complaining of repeated tummy aches, parents should be empathic (not undermining the symptoms) but firm (not giving in to the avoidance behaviour). It is often preferable for dad rather than mom to take the child, as the father-child relationship is often less emotionally charged, and the separation is easier than from mom. It can be very helpful to enlist the help of an empathic, trusted teacher at the school, to perhaps meet the child in the car park or at the gate, which often simplifies and defuses the moment of separation from the parent. It may be appropriate to formulate a plan to systematically reintroduce the child to school, for example, beginning with a few hours in the library, and gradually normalising school attendance.

Finally, when conservative measures have failed, prescribed medication may be required to alleviate what can be debilitating anxiety. This would depend on the underlying diagnosis, and should be used in conjunction with a holistic plan addressing whatever factors may be relevant in the child’s home and school environment.